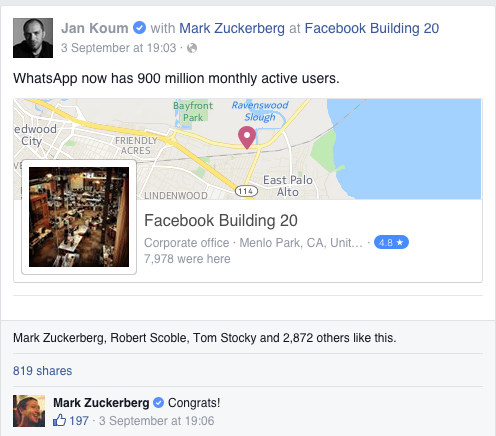 Jan Koum, WhatsApp CEO has recently announced in a post on Facebook that the messaging app has crossed the mark of 900 Million monthly active users. The company had achieved the 700 million user  users mark back in January and it has had 100 Million new sign ups in the last 5 months reaching 800 active users in just 3 months.

WhatsApp will be soon crossing the 1 Billion mark to match its parent company Facebook’s figures and has already crossed the number of active users on the Facebook messaging app. On this achievement Facebook CEO and Founder Mark Zuckerberg congratulated Jan by posting a picture of him while sharing the news on Facebook. 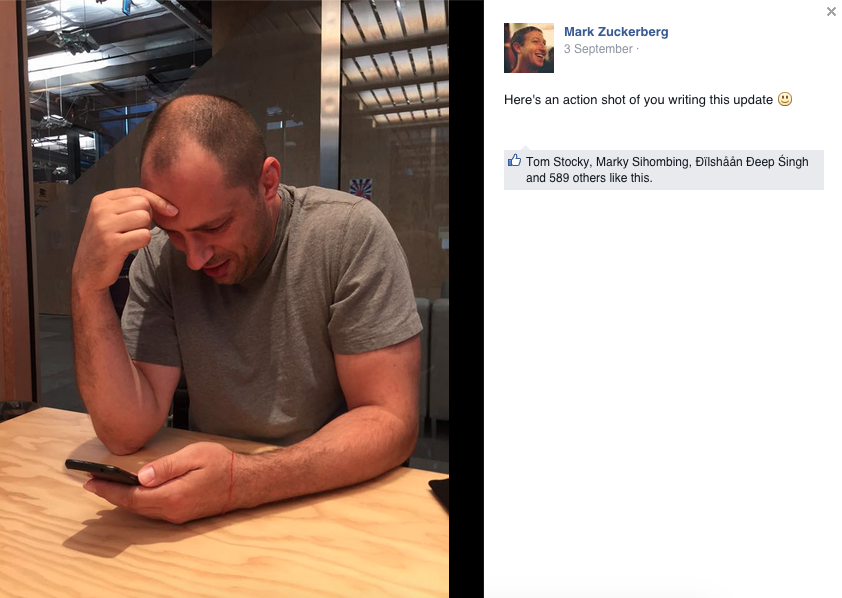 Jan Koum while posting the news on Facebook With Mark Zuckerberg.

“900 million people now use WhatsApp every month to stay in touch with family and friends around the world. Congratulations to Jan Koum and everyone at WhatsApp on reaching this incredible milestone and for still finding time to make us all laugh.”

WhatsApp recently launched desktop web clients for the mobile apps on iOS which they earlier claimed to be facing issues with. Now they have the web clients for al all most the mobile platforms including Android and Windows. Since the time Facebook made the second biggest acquisition in the tech world for mouth watering $19 Billion it has been reaping its dividends with the amount of users signing up each month. The conventional texting is completely being over taken by WhatsApp and the growth in the developing nations like India where there are more than 70 Million WhatsApp users is the testimony to that fact.

Let us know what do you feel about this achievement by WhatsApp in the comment section below.

How To Pin Chats In WhatsApp