Qualcomm struggles with its 810 SoC: The Galaxy S6, HTC One M9 and the LG G4 to face delays The Qualcomm Snapdragon 810 is the most anticipated chipset for 2015. It’s not just about the 64 bit architecture, for Apple came out with one, a year and a half back on its iPhone 5S. It’s more likely for the fact that this very SoC is due to power most of the high end flagships slated for a debut next year. Furthermore, the 810 is the first major Android chipset to mark the end of an era obsessed with crazy high GHz labels. Its predecessors, i.e. the Snapdragon 800 range were all clocked comfortably above the 2 GHz mark. But the 810 is reported to stay put under a maximum clock rate of 2 GHz. The new snapdragons are going to be all about optimization, and Qualcomm couldn’t have made it more profound, beginning right with its flagship.

Qualcomm is the staple supplier of chipsets for high end devices and it has never failed to deliver. Never till now, or so it seems. There were multiple reports citing the 810 plagued with overheating and RAM concerns, so much so that many analysts expect a substantial delay before a mass rollout could be made possible.

In midst of the confusion, the fate of three of the biggest handsets in the Android realm is seen at stake. The Galaxy S6, the HTC ONE M9 and the LG G4 are all expected to see the day of light in the month of March. But with reports of the 810 getting delayed and battling with component shortages, we can’t help but anticipate what HTC and LG would do in the meanwhile. Samsung’s very own Exynos 7 processors have proven themselves to be highly competitive, thus the South Korean giant might not find itself hit as hard as HTC or LG would. HTC has no such technology of its own whereas LG’s recently unveiled NUCLUN processor has underwhelmed critics and analysts alike.

To put matters at rest, Qualcomm recently took to the media with firm words. “Everything with Snapdragon 810 remains on track.” Furthermore, “we expect commercial devices to be available in 1H 2015.”

Qualcomm with the above statement did cool down a few apprehensions, but it fueled out some more. For, first half of a year means six long months, which is way too broad a timeline to be suggestive of the development process. All of the abovementioned handsets are a commonplace in markets worldwide within the first four months of the year, or so. So what happens in the former of the two months? Are the Android torchbearers for 2015, namely the Samsung Galaxy S6, HTC One M9 and the LG G4 actually going to face a delay in the wake of SoC problems? That would surely be deemed as a doom for product launch cycles and the ecosystem’s stability as a whole. Further updates on the matter are anxiously awaited. 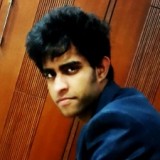