why dating tall guys is better

4G is something that all the flagships are making it a point to include while they make the phone so as to scale up the connectivity to a whole new level from 3G. LG has launched a phone that exclusively enhances 4G internet experience.

Since it is a VGA resolution the screen looks manageable with the sharpness just mediocre, the solid quality of the panel doesn’t make the pixel structure too appealing.

Design-wise the LG F70 is similar to G2 except that it has a physical home button below the display, supported touch sensitive back and menu options. The power/lock button is located on the right, while the volume is on the left. The grip by the looks of it seem to be a problem due to the quality of the rear cover. This seems to be the only phone with display specifications lesser than a 720p.

The phone houses the latest KitKat version of Android which is a good sign given that the specifications are a bit on the low end.

In line with this already being present in G pro 2 and G2 Mini, LG has ensured Knockcode is present in this phone as well. It allows you to wake the screen and unlock the F70 by tapping out a pattern on the display of between two and eight knocks.

The 1.2GHz quad-core processor and 1GB of RAM KitKat over nicely with smooth performance and no lag experience. The storage is just and does include a microSD slot allowing you to build on this.

The camera setup is not an eye turner, with just a pretty average 5MP lens on the rear and a VGA offering on the front.

Since the phone thrives on 4G concept, it can be given a consideration if you do not mind mediocre specifications. The pricing has not been revealed but we could hope it to be very much affordable.

Next post Freekall: No Internet, App or Money Required 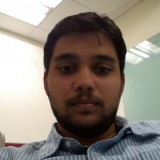 LG Completes 21 Years in India, Celebrates with a Video

why dating tall guys is better